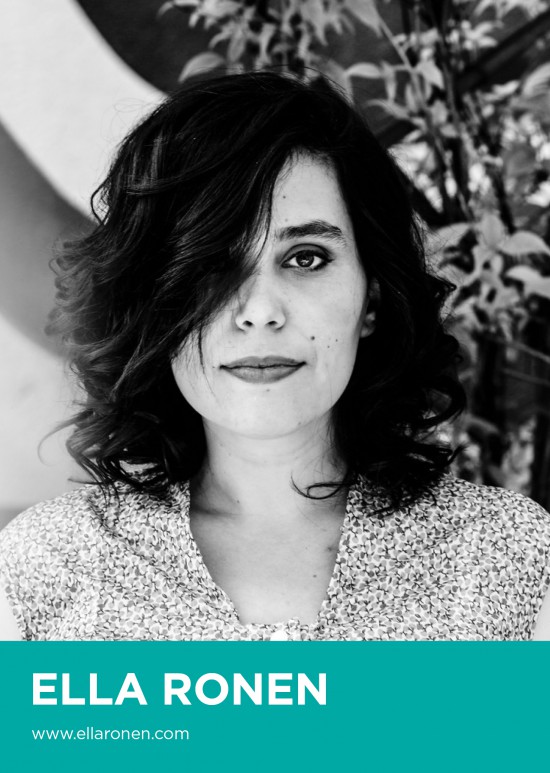 Born and raised in Israel to a European mother and Iranian father, Ella grew up with a colorful mix of music and culture. She had been singing classical music since she was 9 years old, in the Israeli Conservatory in Tel Aviv. It was only at the age of 20, when discovering the art of Leonard Cohen, Joni Mitchell and Bob Dylan, that she understood she can combine both of her loves: music and writing. In 2011 She had been performing in Tel Aviv and all around Israel for a year, when she decided to move to a little town in the French part of Switzerland. There she performed at the Songbird Festival, TEDxLausanne and the Montreux Jazz Festival, and opening for Emiliana Torrini  and the released „Mirror Maze“ (Aug 2014), with the Bernese label “Sophie Records”, produced by Luk Zimmermann.

“Ronen’s deep voice is similar to Florence Welch, the singer of “Florence and the Machine”, but surpasses them in terms of originality and musical production.” – Modin News

“The melodies of Ella Ronen’s songs are an interesting mix of folk, progressive rock, with sparks of Jazz; the texts themselves move between love, desertion, compassion, and the end of the world. … I’m happy such a quality musician came to Tel Aviv and let us taste her creations live.” – Blog Yuval Erel